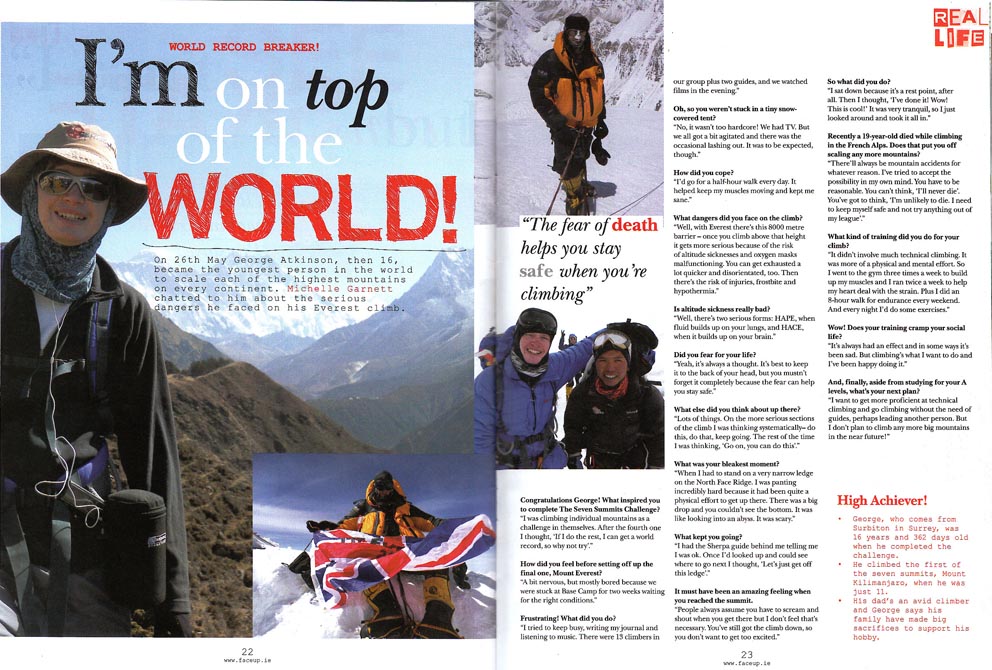 When I was 16, the furthest I’d journeyed was South Wales. Lovely as it is there, it doesn’t quite match up to George Atkinson’s travels. This guy has self-motivation by the bucketload and by the age of 16 had broken the Guinness World Record for being the youngest person ever to climb Everest. He’s also the youngest climber ever to have scaled the tallest peaks of each continent.

I interviewed George for Face Up magazine and he told me all about his epic adventure and described what it’s like facing the possibility of his own demise during each climb. An all-round nice guy who’s an inspiration for anyone who takes the lift instead of the stairs.