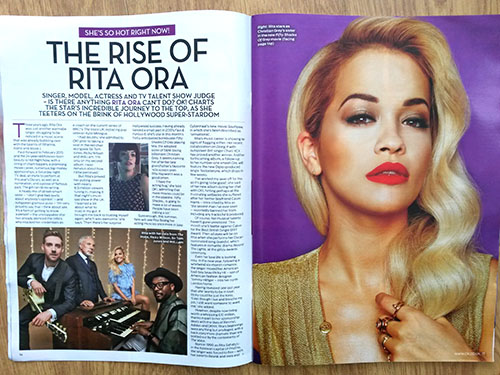 With a role in the flirty flick Fifty Shades of Grey, her role as coach on The Voice UK, a string of number one singles, an Oscar-nominated song and numerous sponsorship deals in the bag, it seemed the right time to run an in-depth feature on Rita Ora’s impressive rise to the top. Detailing her colourful love life and her own admissions of loneliness and a tough childhood, this meaty feature appeared as a cover story in OK! magazine.